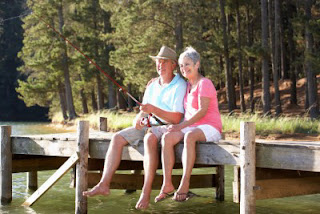 Outdoor gear chain Cabela’s has chosen Greenville for their flagship store for the southeast and put a retailer that rivals Bass Pro Shops right into the middle of the growing Woodruff Road area at Magnolia Park.  The rest of the old Greenville Mall will be demolished to make room for the 100,000 square foot retail site, which will feature a “gun library”, indoor archery, and a deli for those shoppers in need of sustenance.  Cabela’s has 39 locations in the U.S. and Canada, but the nearest to the southeast are in Bristol, Virginia and Gonzales, Louisiana.  With the nearest Bass Pro Shops in Concorde, NC, Myrtle Beach, SC, and Atlanta, GA, Cabela’s expects a lot of local shoppers plus those from outside South Carolina.  The chain expects to hire about 235 full-time, part-time and seasonal workers and be open by the spring of 2014.

Menin Development continues to add stores to Magnolia Park, with construction underway for a Toys R Us/Baby's R Us superstore that will replace those brands now at Haywood Rd near the Mall.  Jared Jewelers and Firebirds Wood Fired Grill are also getting ready to move into a new building under construction.  Menin also announced that there will be 500,000 square feet of retail, restaurant, and entertainment at Magnolia by the end of 2014. They also plant to have a 180-room hotel in the area as well. Magnolia Park is located on the East Side of Greenville. View more about this area and the homes available for sale by clicking here. 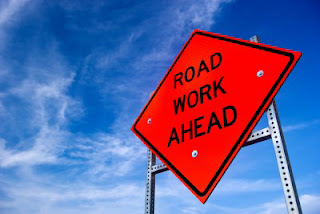 What about the nearby Interstate traffic?

Yes, the Woodruff Road retail corridor has been expanding and with it has come the busiest traffic in Greenville County. At the heart of this area is the I-385 and I-85 intersection that handles about 100,000 cars per day.  The South Carolina DOT announced last November that they have a plan to revamp the intersection into a four-level interchange, similar to the one in Atlanta at I-85/I-285.  The bottom two levels will function as they do today, while the third and fourth levels of the interchange will direct I-85 traffic northbound and southbound on I-385 respectively.  This project will be the first 4-tier interchange in South Carolina and is scheduled to begin construction in 2014, with a 3-year completion plan.

The interchange project is separate from the widening of I-385 that has been underway from Simpsonville northward up to the interchange.  That project has been underway for a couple of years causing the typical confusion for commuters, but has finished up and things are moving pretty well along that portion of the highway.  The widening project should fit well into the new interchange so that our biggest traffic problem will be running smoothly by 2017. 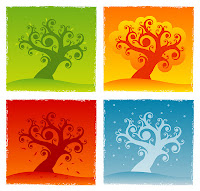 It’s been a pretty mild winter so far with nice warm temperatures. Last week we finally hit some colder weather with lows down around freezing and a touch of winter weather. This week we will see a warming trend and a chance of thunderstorms mid week.
Posted by Lee Cunningham Realtor© at 1:48 PM