Google and NAR Team up for Study of Home Buyers

In early January 2012 NAR (National Association of Realtors) and Google worked on a study to determine the internet habits of home buyers. The results were impressive in some areas and to be expected in others. One of the hot new areas was in mobile device usage to search the internet for homes.  Mobile devices, which includes smart phones and tablets, used for searching increased 120% from 2011 to 2012. 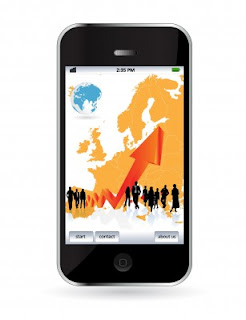 Internet searches as a whole increased 22% on Google for home buying related searches in 2012. One-fifth of these were done on the aforementioned mobile devices. So what percentage of home buyers used the internet to search for homes? The study says a whopping 90% searched online at some point. The 22% increase in 2012 we mentioned pales in comparison to how much real estate related searches have increased over the past 4 years...ready?...253%. Yes, internet searches for real estate have increased 253% in the past 4 years- during the recession.

Did home shoppers also use offline channels? Yes, most (89%) used a real estate agent, 53% used yard signs, 46% attended open houses, 28% looked at print ads and 19% used a home book or magazine. Three months was the usual amount of time it took for shoppers to purchase a home after starting their search, but most engaged a Realtor after about three weeks.

Where to videos fit into the home shoppers search? Most shoppers, 86%, wanted to look at videos of specific communities more then anything. Next major use of videos was to tour homes, 70% and the venue people used most often to view videos was YouTube, no surprise there. 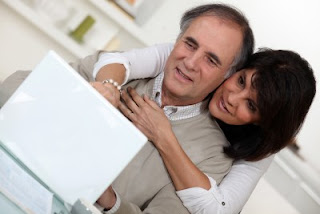 The age group which most used the internet to buy/sell a house was the 25-34 aged group. Although seniors had 14% searching online and  all age groups are fairly represented as using the internet to home search. The bridge between online and offline searching seems to be Realtors with 88% of buyers using an agent. Other channels, yard signs, open houses and print advertising, lagged far behind Realtors as the means people used to find a home offline (in the real world).

All in all the study was fascinating and can be found at Realtor.org, but it really tells us what we already knew. The mobile devices are coming on strong and here to stay and of course that the internet is a force to be reckoned with. We here at The Cunningham Team have respected the power of the internet for years. Which is why our site Http://GreenvilleSCRealEstate.net comes up at the top of searches and all Listings have video tours and are showcased on YouTube.
Posted by Lee Cunningham Realtor© at 9:16 PM