Everyone has heard of Greenville and the vibrancy of the downtown area, but Greer is the little sister right next door that is growing fast and putting together an attractive downtown area of its own. Greer Station, as the downtown area is now called, covers an area of about 12 blocks and got its name from the railway station that came along with the creation of the city in 1876. There was one railway coming through town and that put Greer on the map, however a second railway line appeared in 1914 and the town became an agricultural hub that spawned into a major textile community.

Several textile mills sprung up in the early 1900’s as the upstate solidified itself as a textile mecca. Apalachee Mill, Franklin Mill, Greer Mill and Victor Cotton Mill were the main mills and had a tremendous economic impact on the area. In addition to textiles, the railroads shipped off-products such as cotton seed oil and fertilizer, as well a prolific peach industry that became known nationwide.

The mill infrastructure was like a small town, and offered workers a place to live, recreate and socialize. Inter-mill baseball team tournaments were a common pastime. Around the workplace itself were mill village housing that typically consisted of small one-story homes on small lots within walking distance of work. The mill village structure became important with redevelopment.

During the heyday of the mills, the downtown area changed character becoming all brick. Commercial buildings were built along the main streets, which still stand today. In 1946 Highway 29 bi-passed the main downtown area of Greer on its route to Greenville, diverting much of the traffic from Greer Station.  With the decline of the textile industry in the latter part of the century, the mills closed down, with Victor Mill shuttering their doors in 1989. 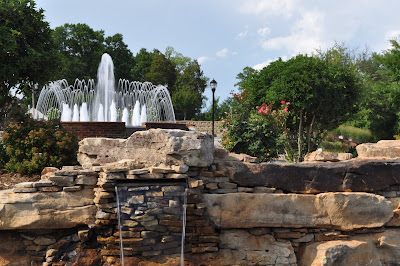 In the late 1999 the Partnership for Tomorrow (PFT) was created. A community master plan was launched to revitalize the downtown area. Ten years later businesses were flourishing, and new restaurants were attracting diners from the local area as well as others who looked for something other than Greenville. The Greer City Park was added and features a 12-acre park with an amphitheater that can seat 800 for popular events. Picnic shelters and the gazebo have a great view overlooking the pond and fountain – this park is very popular and has become a central hub for those relaxing in the city.
Fast forward another 10 years and past the slowdown of the Great Recession, and you will immediately see that the City has been diligent in making progress. Restaurants have come and gone but there has been a steady improvement of the older buildings and new businesses coming in to set up shop. Currently, the city hub is undergoing a face-lift that will convert it into a pleasing pedestrian-friendly commercial zone.  The design is reflective of old town Montreal with a European plaza look and open to traffic. On the main Trade Street corridor, pavers will replace the existing surfaces and the curbs are being eliminated for easy walking.  Landscaping with arbor bollards will soften the look of downtown Greer. This project started in the spring of 2018 and should be finished in 2019.

A new Hilton brand hotel is being constructed at the site of the Tire Exchange on North Main street, with demolition starting in January of 2019. The development will also include commercial and retail space and ushers in a new era of hotels to the Greer downtown area. The City of Greer has agreed to $1.8 million of infrastructure reimbursements to the developer. The City has also agreed to build a parking garage that will remain public ownership.

The mill was closed it sat empty until it burned in 2006. An issue of ground contamination has inhibited further development at the site. In this case, as with many other mills from that era, it was contaminated with heavy metals and PCBs from the milling process, and cleanup was expensive. However, the 24.2-acre site got a $200,000 grant from the an EPA, called the Brownfields Program, designed to clean up sites where redevelopment is complicated by hazardous substances. Not to be confused with a Superfund site that has a higher concentration of hazardous waste, a brownfield site is more manageable in nature. Victor mill cleaned up in 2009 -2010 and has sat empty for a decade.
Post cleanup testing revealed that most of the contaminants had been reduced to acceptable levels.  However, there are a few restrictions on the land use. Ground water use will not be permitted on the property. A ground cover must be installed over the soil in residential and recreational areas, which must be managed by a property manager. Access to Victor Creek needs to be minimized by using landscaping. Traditional single-family housing is also prohibited.

Now the site is under contract by developer Chris Hill who intends to put in some affordable, high density housing. Chris Hill has done a similar project at Judson Mill near downtown Greenville and thinks this Victor Mill will be a viable project as well. Of course, there are hurdles to overcome, like getting annexed and rezoned by the City of Greer, as well as any additional cleanup that might be needed at the site. But it seems like a slam dunk proposal to revitalize a portion of the city so close to the downtown area, just a few minutes’ walk to the park and downtown. 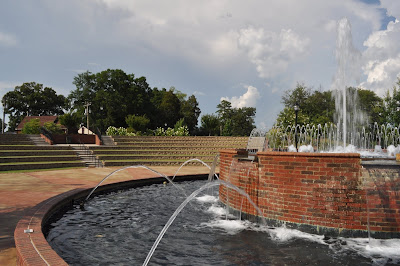 The City of Greer has grown more than twice as fast as the nearby Greenville-Spartanburg area, adding 22,000 people in the last 18 years, with a population of 79,000 in 2015.  The city expects to have more than 100,000 residents by 2030. The main areas grow is occurring include the downtown area of Greer, Wade Hampton Blvd (Hwy 29) corridor, rural areas north by Lake Robinson, south along Hwy 101 and along the Hwy 14 corridor that runs up to and past I-85.

The latter two of these areas southward toward I-85 house two big employers that are having a huge effect on the local economy – BMW and the SC Port Authority’s Inland Port. BMW employs more than 10,000 and produces more than 1,400 vehicles per day. The company has committed to investing $600 million at the plant through 2021, which will add another 1000 jobs at the plant. Plus, BMW has generated another 70,000 related jobs in the state with about 87% of their vehicles being exported through the Port of Charleston. That makes BMW the “nation’s leader of export sales of completed passenger vehicles”, according to Secretary of Commerce Bobby Hitt. With the Inland Port nearby and future expansions of BMW likely, Greer has a fantastic base to continue their growth.

So where are all these employees living and which areas are ripe for housing?

The City of Greer as well as Greenville and the surrounding cities of Simpsonville, Mauldin, Duncan, and Spartanburg have all done their share for housing. Much of the land southwest and near to Greer has filled in with residential housing around the coveted Riverside High School district, but there is some land still be developed.

The Greenville – Spartanburg International Airport (GSP) is located very close to the BMW plant, so residential growth there will be limited in the short term. But you can expect to see an explosion of development of new subdivisions in the “Golden Box” area south of I-85, where rural land is available and new housing developments are starting to take shape. Housing prices and manufacturing costs have risen in the past couple of years, so you can expect starting prices in this area to be around $225,000.

The central area of downtown Greer is on the precipice of revitalization. Most of the properties are older and often related to the mill villages. But Greenville prices have risen, and Greer is starting to be popular for fixer up buyers who want proximity to a downtown area, BMW, and a reasonable distance to Greenville (20-30 min). Old mill village homes in need of major updating can be found for $60-80,000; ones that are fixed up are selling $100-130,000. In other non-mill village areas of the downtown area, you will find more older homes, but larger and with larger lots with an average sales price of $158,000. I expect those values to go up as more of these homes get remodeled and downtown Greer begins to take off with increased popularity.

Look for more infill and new subdivisions north of Hwy 29. This area is more rural in nature and have great mountain views looking into the Blue Ridge Mountains of North Carolina, which are only about 15 miles from downtown Greer. Lake Robinson, one of the few lakes in the area is here, and offers great scenery, fishing, and a quiet setting, but has a limited amount of homes on the lake itself. Typical subdivisions in this northern area have lots a little over an acre and have septic systems. Larger parcels not associated with a subdivision are also available but may take longer to find.
View Solds & Active Homes in your Neighborhood.
For more info on Greenville, South Carolina Real Estate and Homes for sale.
Contact us!  (864) 679-0707
Sources: Greenville News, GreenvilleBusinessMag.com, GSP.com and GSA Business
Posted by Lee Cunningham Realtor© at 12:54 PM